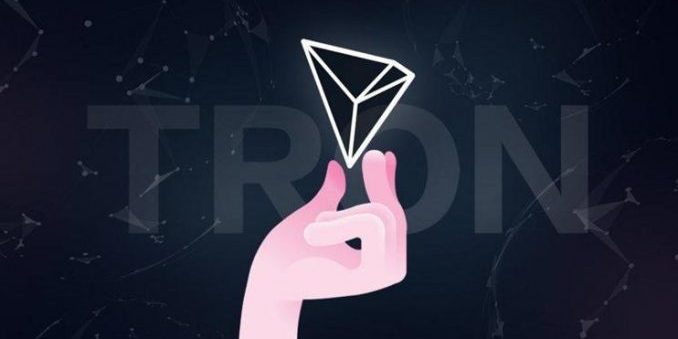 While the crypto industry has been bearish and slow this year, we’ve seen some cryptocurrencies perform well, in spite of it. One of these is the Tron (TRX) project.

This blockchain firm has worked incredibly hard to keep up with it is roadmaps through the deployment of key assets and infrastructure as well as strategic partnerships with reputable companies and acquisitions of new companies.

While it was in the top 10 cryptocurrencies for the better part of the year, the token’s value has seen it drop to the top 15 now, frequently dancing between the 12th and 13th positions.

The token’s current valuation however, is a poor reflection on the company’s achievement for the year. Let’s take a quick look at some of these achievements.

This was a breakthrough and significant achievement for the firm because of its crucial role in the project’s growth and expansion. Tron Virtual Machine is the tech that provided the project with a more robust and impressive array of features, and functions.

With this feature, developers can now build decentralized apps on the platform. In fact, this was the technology that powered the development of the game Tronbet. Naturally, this resulted in an increase in the token’s popularity and demand.

TVM is also responsible for the deployment of smart contracts on the Tron network. There are currently over ninety of those smart contracts running on the network. More importantly, this is the technology that has put Tron on the radar, making it a worthy competition for Ethereum.

Launch of the Tronwallet

Tron also launched its own native p2p wallet this year. This is a significant achievement because the wallet provides an avenue for investors and traders to secure their wallets on the platform.

While the desktop version was released in June 2018, the tronwallet now has a mobile app version on both the iOS and android platforms. The availability of this wallet was responsible for Tron’s migration away from the ethereum platform and its dependence on ERC20 tokens for its transactions.

Tron Was Listed on Changelly

In case you don’t know, this is a big deal. Changelly is an instant exchange platform and one of the hardest to get into. The token’s ability to get into the platform was seen as an indication of the project’s viability and popularity.

On Changelly, you will find TRX/USD pairs, which means you can directly buy Tron tokens with your fiat currency. This was impossible before, as you had to first buy bitcoins or ethereum, and then exchange them for Tron.

This new move puts Tron in good light, further bolstering investor confidence in the process and driving its popularity. With this exchange platform, users can enjoy “fast, secure, and stable TRX storage, purchase, and transfer services.”

Shortly after getting listed on Changelly, Tron got listed on the BitBox exchange too. This helped push its price upwards, with the token gaining as much as 13 percent in the process.

This year, Tron took a bold step in acquiring Bittorrent, a leading torrent management service. This acquisition was aimed at further strengthening and expanding its decentralized peer to peer platform.

With this, Tron has inched closer to its goal of becoming the world’s premier decentralized peer to peer media and entertainment sharing platform on blockchain. The purchase of Bittorrent is very likely to further increase its popularity, thanks to Bittorrent’s 100 million users.

By acquiring this torrent service, it’s only a matter of time before Tron becomes the king of peer to peer entertainment sharing in the world.

While Tron was built on the Ethereum platform, it exited the platform on the 25th of June, 2018. This heralded the launch of its mainnet on the same day.

Tron’s mainnet called Odyssey 2.0 is its partial answer to the problems plaguing ethereum as well as created an environment where its own decentralized apps can be created.

With the mainnet launch Tron went from being just a token and work in progress, to an actual project with a tangible product and service offering.

Tron’s Addition to the Atomic Wallet

This year has also seen the Tron token (TRX), added to the Atomic Wallet. This is a key event because it aids compatibility with the different operating systems. Thanks to this addition, you can now access Tron from Debian, Fedora, Ubuntu, Windows and Mac operating systems.

This also has the added benefit of further increasing Tron’s reach as well as helping it boost its customer base. With this wallet, its token management becomes easier and well as more reliable and transparent.

Tron has been working on a platform that would bridge the gap between blockchain and p2p networks. Project Atlas is that bridge and has been launched.

With this, content management and sharing connects the creators and users directly, eliminating the middlemen and other third parties in the process. This way, content creation and sharing will be cheaper, and faster to access.

The team also created a way for users to access the Tron blockchain through browsers like Chrome and Firefox.

This is aimed at further increasing the reach of Tron blockchain, making it easier to use. With this, content creators can easily interact with the blockchain and deploy their content there.

This dAPP platform runs on the same technology that powers MasterCard and Visa debit and credit cards. With this in play, Tron’s adoption is growing and becoming even more widespread.