The most commonly known exchanges to purchase to cryptocurrency on are:

Despite the uncertain space, experts say there are some exchanges that bring more risk than others. Here’s what you should consider about where you buy and sell your cryptocurrencies.

Always remember: These assets are incredibly volatile (In December, bitcoin was trading at more than $19,000. As of Wednesday, it was at $8,116). And so never invest more than you can afford to lose.

In addition, the IRS has labelled these currencies a property, meaning every transaction needs to be recorded and eventually taxed at your capital gains rate.

Find the right exchange for your location 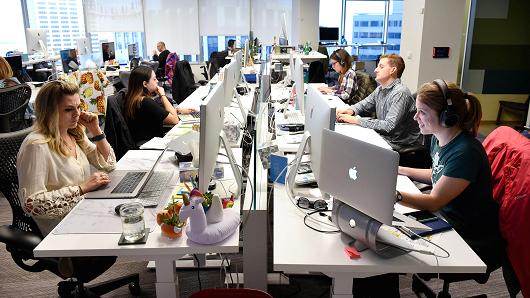 Look for an address for the company. If you can’t find one, that should be a red flag.

If you don’t know where your exchange is located, “when you get hacked it’s going to be very difficult for you to even find the right jurisdiction in which you should sue the people who stole your money,” said Emin Gün Sirer, an associate professor of computer science at Cornell University who writes about bitcoin.

Not all cryptocurrency exchanges accept U.S. dollars. If you don’t have any digital tokens yet, like most people, you’ll need to find an exchange that takes cash.

Make sure the exchange will work with you. For example, one of the biggest exchanges, Bitfinex, doesn’t accept United States payments, citing, among other reasons, a challenging regulatory landscape.

To that point, check your state’s stance on exchanges. In 2015, New York designed rules that require cryptocurrency companies to meet certain regulatory standards.

Recently, the U.S. Securities and Exchange Commission has focused its attention on exchanges, requiring that certain ones register with the department. In the meantime, the agency warns investors not to assume that these exchanges meet SEC standards.

Look into the reputation 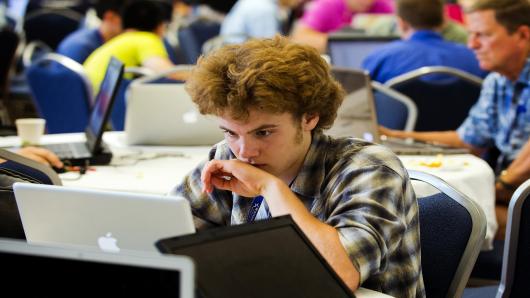 “Is it a fly-by-night operation operating out of a P.O. box or is it a genuine operation, of which we have many?” Gün Sirer said.

A simple Google search can turn up some telling results about potential problems. For example, when you search, “Bitfinex hack,” you’ll quickly see a Wikipedia page dedicated to the event. You should also try to speak to other users of an exchange and inquire about their experience.

Online forums have become a magnet for cryptocurrency exchange information as well.

“There are a lot exchanges that have been hacked,” said Timothy Tam, co-founder and CEO of CoinFi, a cryptocurrency market intelligence platform. “Get yourself educated.”

Experts say cryptocurrency exchanges should follow what are called “know your customer” (KYC) and “anti-money laundering” (AML) procedures, which are designed to reduce the risk of illegal or fraudulent activity by certifying customers’ identity.

Make sure the exchange keeps the majority of its assets offline. At least 95 percent of the exchange’s assets should be offline, said Tam. Coinbase, for example, says it keeps 98 percent of its customers’ funds off the internet.

Most exchanges make you weigh fees against protection, experts say.

The more secure exchanges charge a higher transaction rate. Coinbase charges a base rate of up to 4 percent for all transactions, for example, while other exchanges — with fewer guarantees, perhaps — can charge as low as 0.2 percent.

You also want to pick an exchange with high volume (you can check exchanges by volume on coinmarketcap.com). A higher volume tends to lead to higher price accuracy, experts say, since the exchange is processing many transactions at once rather than a few an hour — over the course of which these volatile investments can lose or gain thousands of dollars.

No matter how much you’ve researched and verified an exchange, don’t keep too much money on it for too long, said Matti Kon, CEO of financial software company InfoTech. Instead, transfer the digital coins offline and into a hardware wallet, safe from hackers.

“Do your thing and get off quick,” Kon said.

Tips for Choosing the Right Exchange to Buy/Sell Cryptocurrency