German Banks Authorized to Store Cryptocurrencies in 2020 for Clients 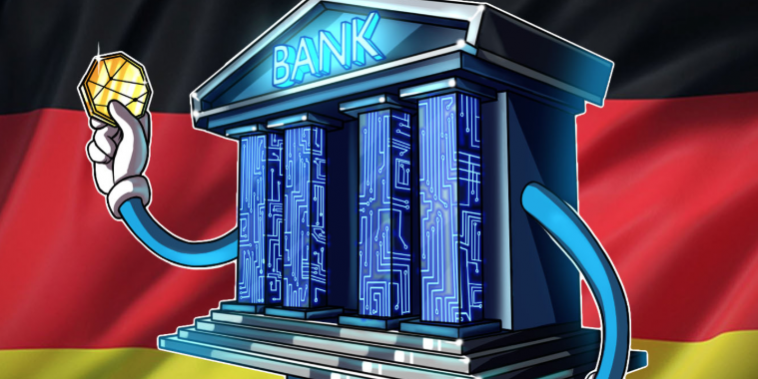 Next year German banks will be able to manage cryptocurrencies like bitcoin after the fourth EU money laundering directive goes into effect. The directive passed in the German parliament, Bundestag, allows banks in the country to act as cryptocurrency custodians.

German Banks Will Soon Be Able to Manage Cryptocurrencies

According to the regional financial news publication Handelsblatt, in 2020 banking institutions from Germany will be able to manage cryptocurrencies for customers. Under newly enacted legislation, banks in Germany will be able to receive, store, and sell digital assets like Bitcoin, XRP, Ethereum, and Cardano. Directive 2015/849 is an amended regulatory approach that was issued by the European Parliament and German politicians. The fourth EU money laundering directive highlights the fact that “electronic money products is increasingly considered to be a substitute for bank accounts.” Handelsblatt reporter Felix Holtermann reveals that the new directive’s “deletion of the so-called separation bid” makes it so German banks can handle cryptocurrencies without needing to use a third-party custodian. Prior to erasing this part of the guidelines, the directive would have required banks to use “external custodians or special subsidiaries” to store the cryptocurrencies. In 2020, German banks will be able to offer cryptocurrency solutions alongside bonds, equities, and traditional stocks. The banks will need to procure a license to offer digital asset custodial services, but the directive extends application deadlines. The consulting firm DLC’s executive Sven Hildebrandt believes the initiative puts Germany ahead of the game. “Germany is well on its way to becoming a crypto-heaven,” Hildebrandt remarked. “The German legislator is playing a pioneering role in the regulation of cryptocurrencies.” The cofounder of the crypto data aggregator website Coingecko, Bobby Ong, says that banks offering these types of services open financial institutions to a lot of opportunities. Ong explained on Friday:

Just like how banks sell gold, stocks, unit trusts, and insurance directly to retail consumers now, I see no reason why banks will not offer cryptocurrencies for sale now. What’s taking these bankers so long? It’s a big gold mine waiting to be tapped.

While Some Welcome the New Guidelines, Other Are More Critical of the Fourth EU Directive

Local reports underline that the German banking association Bundesverband deutscher Banken (BdB) “welcomed the new regulation.” “Credit institutions are experienced in the safekeeping of client assets and in risk management, are committed to investor protection and have always been controlled by the financial supervision,” the banking association said. BdB added that the new directive makes it possible for investors to invest in digital assets domestically rather than searching elsewhere for foreign funds. The CEO of Binance Changpeng Zhao (CZ) emphasized after the German bank crypto announcement that “smart banks do this” and “Bitcoin [is] still not dead.” Other critics don’t find the fourth EU money laundering directive so inviting and friendly. “With the new AML law, it affects the whole EU — combine this with negative interest rates for billions of euros which are sitting in their bank accounts — Next year everyone in the EU will get a bill for holding fiat in their bank accounts,” a skeptic wrote.

Another detractor against German banks holding cryptocurrencies is Baden-Wuerttemberg executive Niels Nauhauser. The financial analyst told the Handelsblatt that the new directives will add more strain to consumer protection advocates. “If [German banks] are allowed to sell cryptocurrencies and keep them for a fee, they run the risk of turning their assets at risk of a total loss to their clients, without them knowing what they are getting into.” Nauhauser also stressed that banks already have to inform customers about the costs and risks associated with investment vehicles like bonds and equities. The Baden-Wuerttemberg analyst underlined that direct sales of digital assets will need the same attention.