Some rumors have always circulated regarding Coinmarketcap.com and whether or not the operate with absolute integrity. Some have alleged that Coinmarketcap requested fees in order to list a coin, which they publicly addressed on their twitter account on August 8, 2018, stating:

As a reminder, CoinMarketCap currently does not accept payment for listing coins/tokens/exchanges. We will NEVER reach out asking for a listing fee through e-mail or social media. Please be careful with your information and funds. Thank you.

Since rumors have dissipated for the first time, but now as time progresses, another concern has developed amongst the cryptocurrency community, questioning whether or not Coinmarketcap and it’s team has a biased view on the cryptocurrency market, and/or is trying to hinder XRP’s growth.

Why doesn’t @CoinMarketCap calculate the correct marketcap of $XRP? Sounds like they are doing it on purpose just like how they planned to remove South Korean exchange prices on Jan 4 without notifying anyone ahead of time so they could manipulate & crash the entire crypto market https://t.co/NrlDSXBlWC
— XRPcryptowolf (@XRPcryptowolf) November 27, 2018

Overnight, The XRP market capitalization dropped by over 35,000,000,000, and the coin lost a drastic amount of it’s value and momentum. 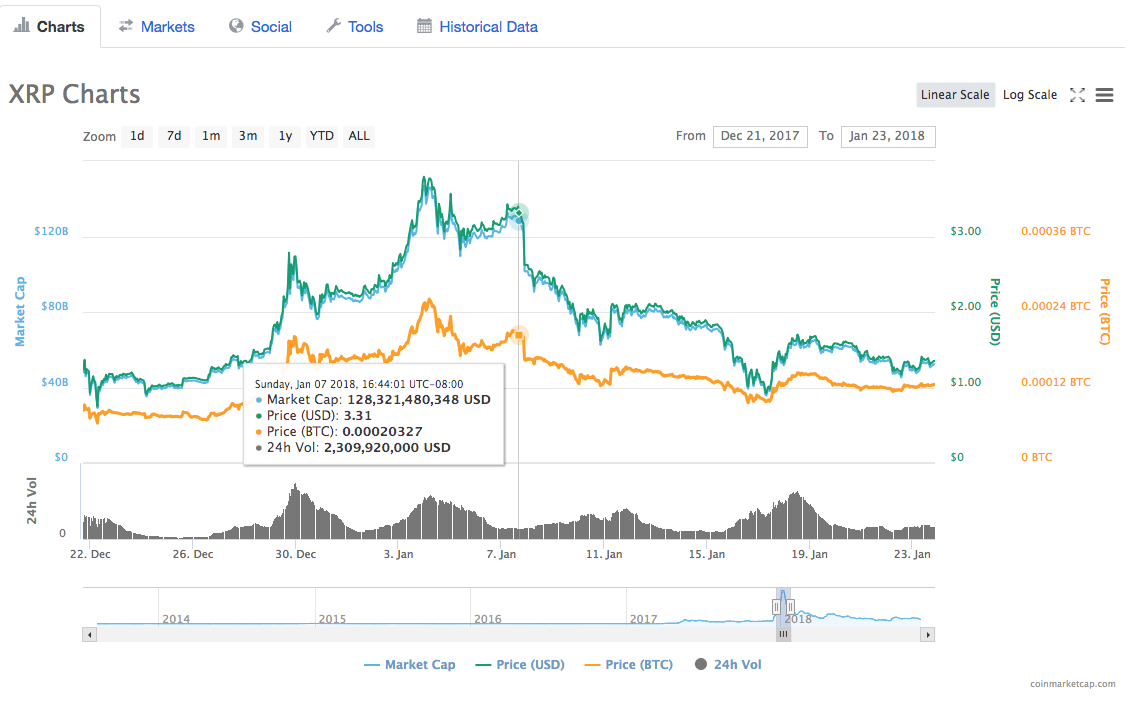 Hello, to help us process this request, we kindly ask that you have a member of the official team submit a supply update request here: https://t.co/sHwuF2OSLZ and select “I want to update information on an existing cryptocurrency or exchange”. Thank you for your understanding.

Recently conglomerate ‘Yahoo’ updated it’s listing of XRP’s marketcap to it’s true amount on their website showing a difference of $23,000,000,000 between Coinmarketcap’s listing and the real world cryptocurrency market capitalization.

With Coinmarketcap.com being a resource used by thousands, seeing as many as 300,000 daily views, it seems imperative that they report accurate data and information. People make very important financial decisions based on the information listed on extremely popular websites such as Coinmarketcap.com, and they too need to be held accountable for spreading accurate and unbiased information.