There has been chatter in the Cardano (ADA) community for a while now however, no official platform announcement has been mad yet. Twitter CEO Jack Dorsey stated he wanted to develop an in-house blockchain-based social media platform, dubbed “blue sky,” but many are skeptical given Dorsey’s recent censorship of the President of the United States, and the obvious potential for centralization amongst Twitter and it’s team members.

IOHK’s Charles Hoskinson relayed that Dorsey should look to Cardano and keep the initiative open sourced so that the entire industry can contribute and keep the platform truly decentralized. Dorsey hasn’t responded.

Dorsey also acknowledged his long-standing enthusiasm for Bitcoin, stating that he admires it as a technology that is “not controlled or influenced by any single individual or entity.”

Exactly 12 months from today on 01/17/2020 Cardano (ADA) was trading at $00.04, and at the time of writing this article is is trading at, $00.39. Marking a nice run up of 975% in the last 12 months. Cardano is poised to support smart contracts until the project enters its Goguen stage in March and with the ER20 converter, is it highly likely to absorb a lot of market cap from Ethereum (ETH), as is is much faster, scalable, has staking rewards, and the fees are exponentially cheaper. 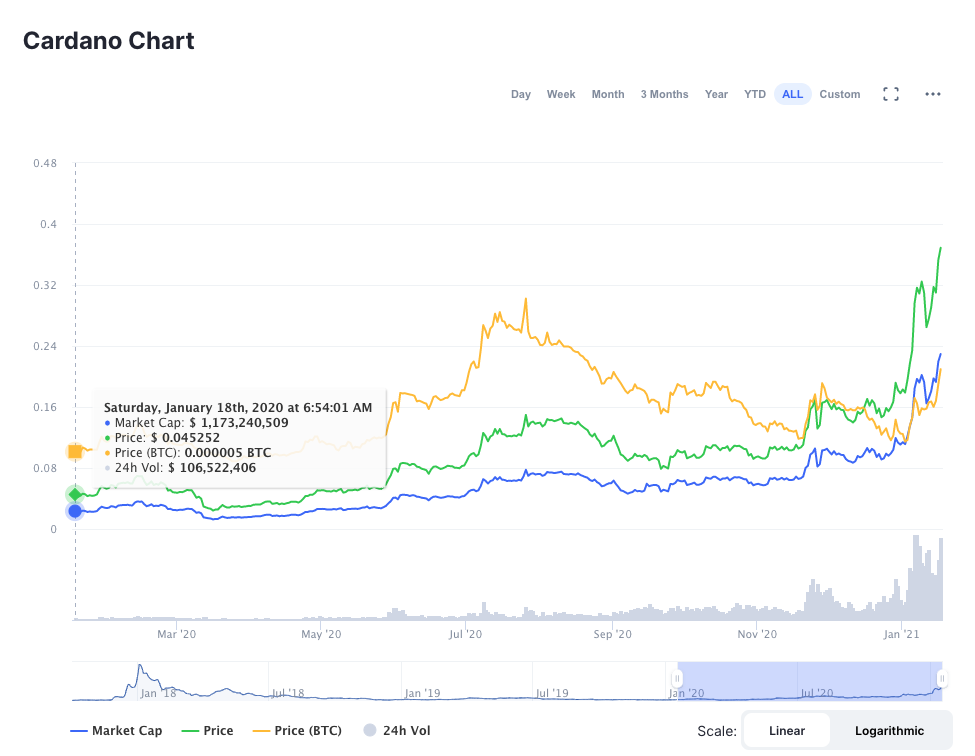 Given Cardano doesn’t have any social projects announced as officially using the ADA blockchain yet, Twitter’s social media project could become a flagship app for the Cardano blockchain project, and allwo Dorsey to show whether he truly wants to make the best decentralized blockchain social media dApp. 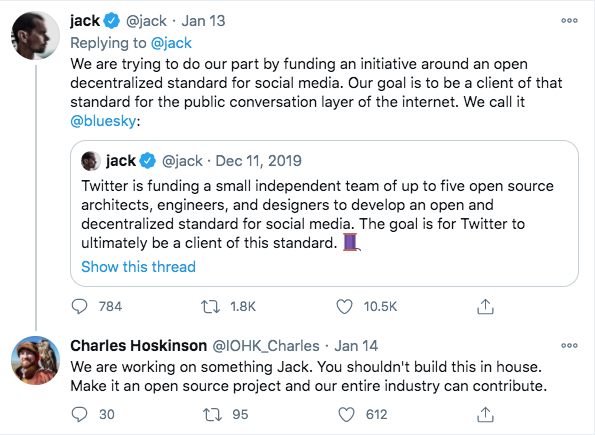