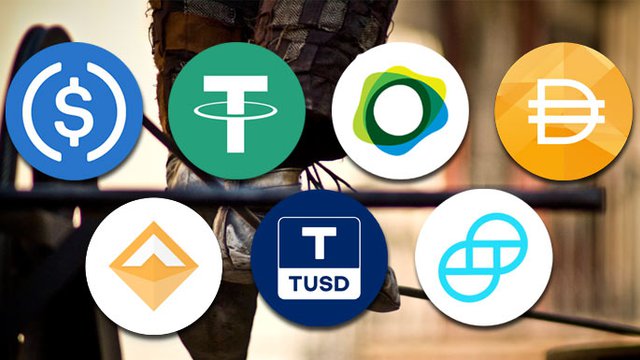 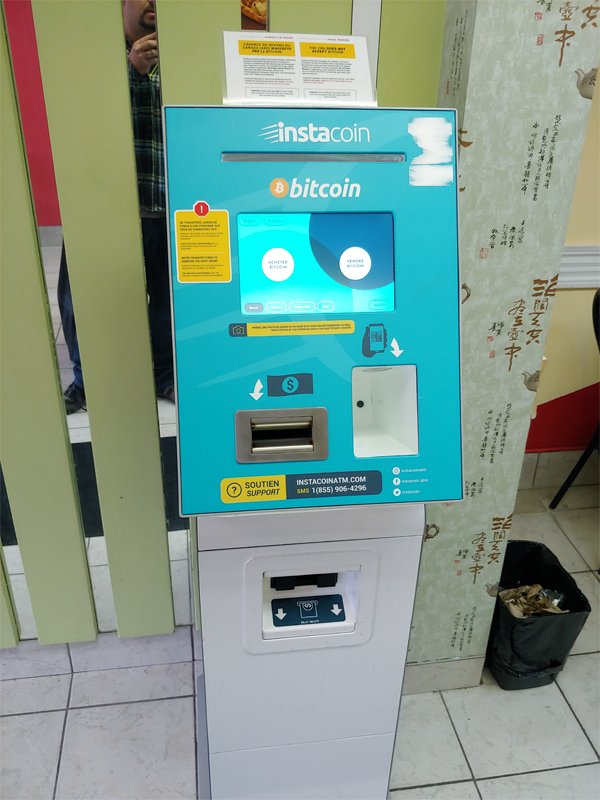 Instacoin, a crypto ATM operator in Canada, announced Wednesday that it is offering seven stablecoins — including the controversial tether — throughout its network.

At many of these effectively street-corner crypto exchanges, users can both buy and sell tether, or any of the other coins the machines support, at a value of up to nearly C$10,000 ($7,600) in aggregate per day, anonymously, with no identification.

Stablecoins are virtual currencies that have a stable value, unlike bitcoin, which tends to be wildly volatile. The reason stablecoins are stable is because they are pegged to another asset, most often the U.S. dollar. Unless the peg fails, one tether, for instance, is always worth about $1. Most stablecoins are backed by fiat assets, while some, like DAI, are algorithmically pegged and backed by crypto assets.

Generally speaking, stablecoins bring liquidity to crypto exchanges, especially those that don’t have ties to traditional banking. In a bear market, traders can sell their assets for a stablecoin and wait for the market to pick back up, before they begin actively trading again.

While it’s clear why traders would want to buy stablecoins on exchanges, the use case for buying them via a bitcoin ATM isn’t quite as obvious. You can’t actually buy anything with crypto in the real world, because there is virtually no merchant adoption, and there’s no point in holding onto them until the value goes up, because they are stablecoins.

But in speaking to ATM Marketplace over the phone, Michael Lo Verso, president at Instacoin, insists his company is seeing a real demand for them from customers. “So we said, we’ll just try it out and be one of the first to put out these stablecoins on our ATMs. We’ll see how the market reacts to it,” he said.

How it all works

Instacoin, founded in Montreal in 2013, has 100 bitcoin ATMs across Canada in every province except British Columbia. In addition to stablecoins, the firm also offers bitcoin, bitcoin cash, ethereum, ethereum classic, litecoin and dash. Some of its kiosks are one-way machines, allowing users to only buy coins, while others are two-way, cash-in and cash-out machines, allowing users to both buy and sell any of the coins the firm offers.

“Not all of the locations have the two-way capability,” Lo Verso said. “But we do have quite a few of our ATMs that offer cash in and cash out.”

According to Lo Verso, the firm charges a flat fee of C$5 for each bitcoin transaction and around C$1 for other coin transactions. Instacoin also marks coins up or down 4-7%, depending on whether a user is buying or selling.

The buy process is straightforward. A user locates an Instacoin kiosk and selects a coin to purchase. The user then pulls up a QR code from their crypto wallet on their mobile phone and allows the machine to scan it. Once the machine recognizes the crypto address from the code, the user inserts cash into the bill acceptor and clicks “send” to initiate the transfer. The sell process is similar, only the user walks away with cash instead of coins.

Instacoin sells coins from its own inventory. It stocks that inventory when it buys coins from customers via its two-way machines. It also buys coins from two “top-tiered” Canadian crypto exchanges, though it would not reveal the names. “We keep that information private for ourselves,” Lo Verso said.

A user can purchase or sell up to C$1,000 per transaction or nearly C$10,000 per day on the Instacoin network anonymously. As long as a single transaction is under C$1,000, Instacoin does not require a user to show any identification, Lo Verso said. They can sell or buy completely anonymously.

“We follow (Financial Transactions and Reports Analysis Centre) regulations, there is no ID required,” he said.

Fintrac, Canada’s anti-money-laundering agency, does not require a “dealer” in virtual currencies to register as a money services business. Dealers include cryptocurrency exchanges, bitcoin ATM proprietors and digital wallet service providers. This lack of regulatory oversight is why police in Vancouver have in the past referred to bitcoin ATMs as “an ideal money-laundering vehicle.”

All that is about to change, however. According to a new set of laws designed to crack down on money laundering in Canada, crypto ATMs in the country will be forced to register with Fintrac by June 2020. As part of the new requirements, they will also be required to conduct proper ID checks, report suspicious behavior to Fintrac and keep detailed records of transactions.

Interestingly, Instacoin offers tether at its ATMs. Tether is by far the most popular stablecoin. It is also the most controversial, because Bitfinex, the crypto exchange that issues tether, has failed to provide a promised audit showing adequate reserves backing tether. In fact, at best, tethers are only 74% backed. Some reports also allege that the more than $4 billion worth of tethers currently in circulation have been used to push up the price of bitcoin.

Also, the New York Attorney General’s office is suing Bitfinex to get the company to submit documents that were subpoenaed last year as part of an ongoing investigation into its activities. If law enforcement agencies were to suddenly step in and freeze the bank accounts holding the assets underlying tethers, the coins could plummet in value or become suddenly worthless.

Due to the controversy, Coinflip, a bitcoin ATM operator located in the U.S. postponed offering tether through its machines in May.

“That was Coinflip’s decision,” Lo Verso said. As he explained, Instacoin doesn’t see the issue as a “controversy” but more as an uncertainty regarding the legal dispute between the NYAG and Bitfinex/Tether. He pointed out that top tier exchanges are still trading tether and tether has the largest 24-hour trading volume of all the cryptocurrencies, including bitcoin.

“And as the legal matter continues to unfold, we will keep following it,” he said. “If we need to make any more decisions, we will do so when the time arises.”

In the meantime, anyone who needs to offload some tether, may want to find their way to one of Instacoin’s two-way machines in Canada.