The company at the helm of developing Cardano, “IOHK,” has announced a partnership with Coinbase to offer Custody of the Cardano (ADA) coin, according to an announcement today. The arrangement will enable Cardano holders/users to store and stake their Cardano while keeping their assets securely stored in cold wallets. It will launch sometime this Q4, after staking rewards on Cardano’s “Shelley” mainnet become available, this August. 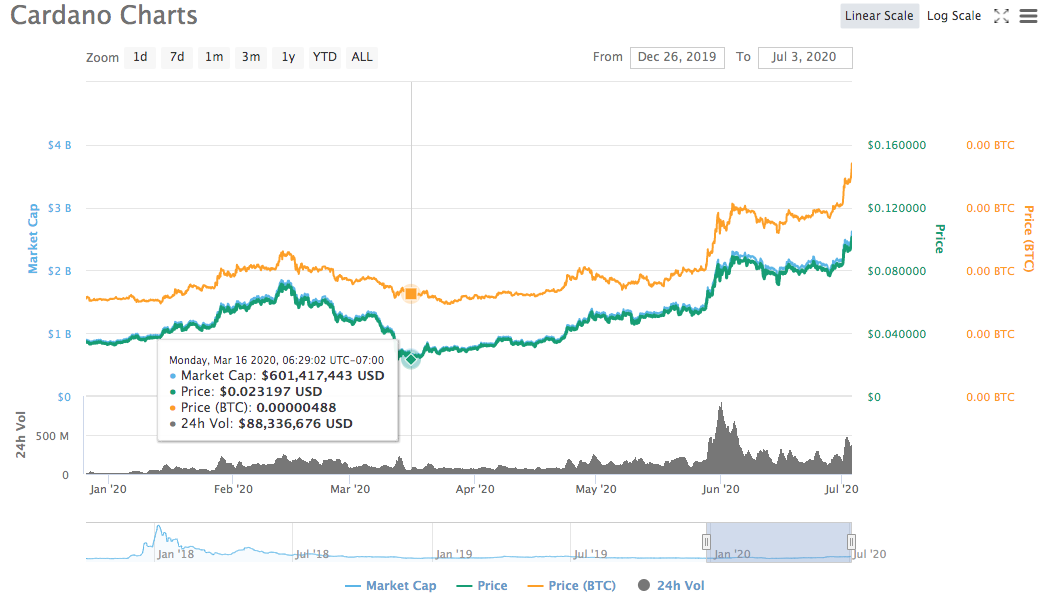 The Cardano blockchain is set to enter a transformative new era over the coming weeks. Its transition from “Byron,” a static, federated blockchain, to “Shelley,” the dynamic, decentralized version.

“With Cardano, we believe we can create a revolutionary solution which will be able to offer access to finance and investment to swathes of the population who have previously been shut out of the system,” IOHK CEO Charles Hoskinson said, in a statement.

He added that the new custody agreement will allow IOHK  to provide institutional-grade storage solutions to its community, without compromising their ability to participate in the network.

IOHK has celebrated the advent of Shelley with a slew of new announcements, made at its virtual conference, which ends today.

The Shelley upgrade culminates in a hard fork in July, after which, in August, the first staking rewards will be ready for Coinbase Custody—for those so inclined.