Earning passive income in one of the sought after forms on income in the world. There is nothing like relaxing on a beach, playing video games, eating, and/or traveling and knowing you your bills are paid and you’re generating passive income that will allow you to continue to enjoy such a fortunate and fulfilling life.

Here are four ways to easily earn passive income as we continue though the year 2019 and into the year 2020.

Since the inception of Bitcoin in 2009 blockchain technology has become a very popular way to transfer money between individuals or institutions. Bitcoin transactions are confirmed via a process called, “mining,’ aka “proof of work.” Bitcoin mining is the backbone of the Bitcoin network. Miners achieve this by solving a computational problem which allows them to chain together blocks of transactions (hence Bitcoin’s famous “blockchain”). For this service, miners are rewarded with newly-created Bitcoins and transaction fees.

Some other popular “Mine-able” cryptocurrencies:

Some other popular “Stake-able” cryptocurrencies:

Those cryptocurrencies can then be cashed out on Coinbase for fiat/cash money, or used at merchants that accepts the cryptocurrency as payment.

Selling stuff is a great way to make extra money whether you sell things you make or re-sell stuff you buy. The level of difficulty depends on what you’re selling. If you are making things yourself, it’s vastly harder than re-selling already existing items. Savvy entrepreneurs can utilize affiliate programs like Retailopolis‘s and easily monetize your efforts by simply driving traffic to their site via your personalized affiliate link.

Users track their referrals and conversions on their custom dashboard after registering for free.

Basic Attention Token is an Ethereum token that powers Brave Software’s blockchain-based digital advertising platform. Internet users who browse the web using Brave’s free web browser (available at Brave.com) can choose to replace the ads they see with ads on Brave’s ad network. Users then receive/earn Basic Attention Tokens from advertisers as compensation for their attention.

The project combines a new browser, Brave, and a utility token based on the Ethereum, BAT, to create a decentralized online advertising platform. Participants in the ecosystem transact with the BAT token : on one side of the exchange, advertisers pay with BAT, and on the other side, publishers and users can earn with BAT. 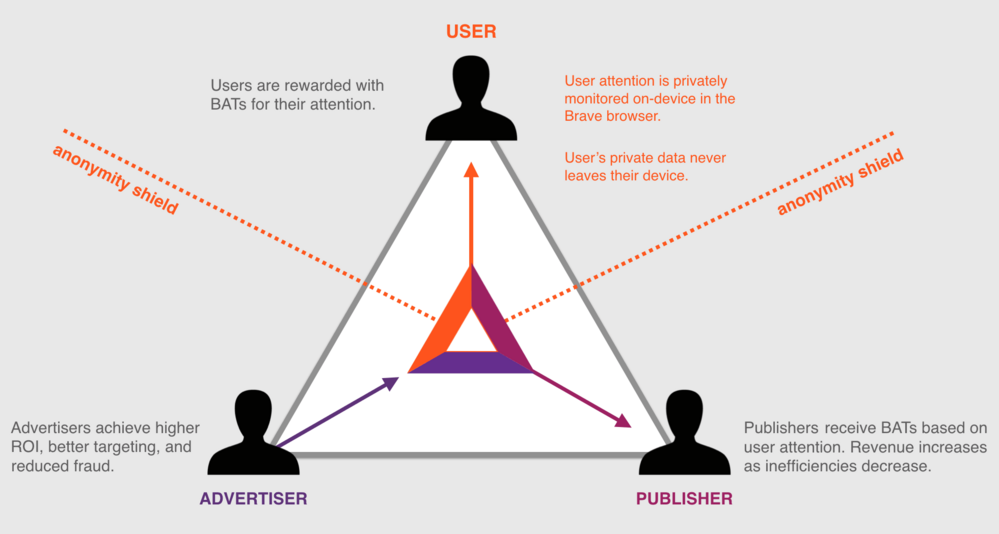 Those ‘Basic Attention Tokens‘ can then be cashed out on Coinbase for fiat/cash money, or used at merchants that accepts the cryptocurrency as payment.

By definition, “A cryptocurrency (or crypto currency) is digital asset designed to work as a medium of exchange that uses strong cryptography to secure financial transactions, control the creation of additional units, and verify the transfer of assets. Cryptocurrency is a kind of digital currency, virtual currency or alternative currency.”  Cryptocurrency and digital assets were created/birthed with the intention of being decentralized, however there are many cryptocurrencies that are not. The control of each cryptocurrency works through distributed ledger technology, via the blockchain, which serves as a public financial transaction database. The first ever released was Bitcoin, first released as open-source software in 2009. Since then, over 4,000 altcoin (alternative coin) variants of bitcoin have been created.

Since its inception, prominent blockchains and cryptocurrencies have increased in value, importance, usage, integration.

So..The longer something lasts the more likely it will CONTINUE to exists. Using your basic critical thinking skills here..If you look at this CHART of DATA, you really think Bitcoin, XRP, & other valuable cryptocurrencies are going to $00 ? LOL #bitcoin #xrp #crypto #piiggybank pic.twitter.com/SpEbA8qOX5

I wonder what the numbers will be for 2019 and 2020… When Bitcoin goes up, so does the rest of the market… #Bitcoin #XRP #Cardano #Stellar #Tron #Neo #Ontology #crypto #piiggybank #smartmoney pic.twitter.com/vFQM38IlhS
— Kevin L. Walker (@KevinLWalker) January 26, 2019

Since 1913, the US Dollar has only lost purchasing power. 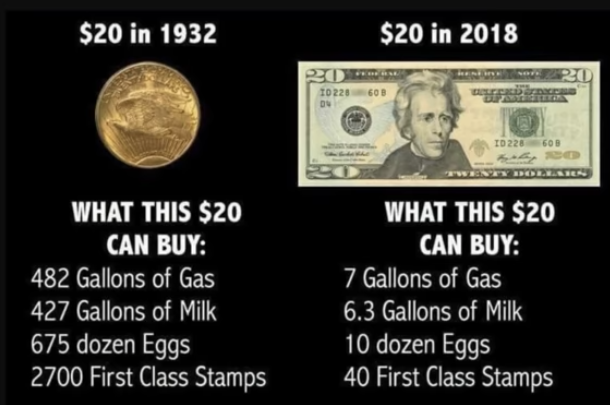 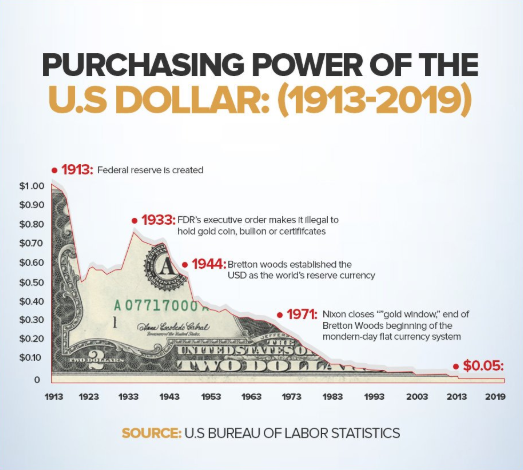 What do you think about these four passive income options?  — We would love to hear your thought below!